Biodiversity in the Balkans

There are many reasons to be concerned these days about global events. Heck, even national events seem to be the fodder for rational anxiety. The one thing that gives me continual hope in these days of high angst is my experiences with the Slow Food Movement. When I attended Terra Madre in 2008, when we were on the financial brink of extinction, petroleum shortages and endless war, I felt that with the gathering of the worlds people I was witnessing, we had a very hopeful collective future. I was able to attend a regional meeting for Eastern Europe, where I heard the most inspiring tales of food communities and initiatives in the many small republics that make up this part of the world.

Since 2008 I have been following Slow Food events there, in person and via connections.  I have family and friends in several of the nations. What has impressed me is a deep realization that the Balkans have much to teach us in the west about the new sustainable economic paradigm. The Balkans are also home to one of the richest and most diverse ecosystems on earth. With Slow Food Chapters popping up all over the region, Balkan Peninsula Terra Madre premiered in 2010, and was followed in 2012 with a second Balkan Terra Madre leading of the the International Gathering of Food Communities in Turin, Italy.

At the meeting in Sofia, Bulgaria in 2012, Slow Food Founder Carlo Petrini invited participants to place many products on the Slow Food Foundation for Biodiversity's Ark of Taste. He echoed the same charge to the international community at the Sixth Slow Food Congress later that year. With communities struggling to maintain their traditional way of life in the face of globalization, Slow Food and the Ark of Taste are life lines for preserving heirloom food traditions, sustainable agriculture and thriving economic communities based on food. 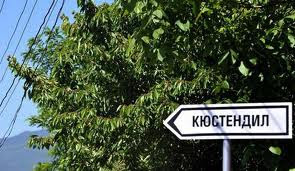 This way to Kyustendil.....

In response to this charge, a group of distinguished academics, Slow Food leaders and food producers in the Osogovo region bordering southwest Macedonia and eastern Bulgaria met in Kyustendil, Bulgaria to join forces for the Balkan Ark of Taste. This unique gathering took place in early June of this year. 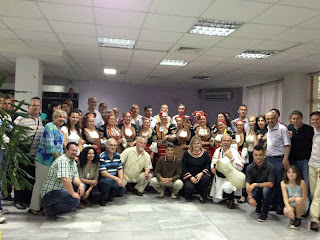 Osogovo is literally the road less traveled between Bulgaria and The Republic of Macedonia. While pristine in nature, the region provides many incredible culinary delights. 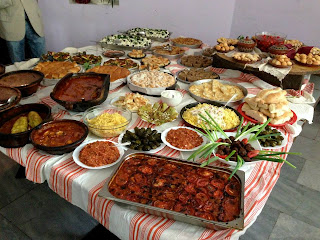 I call this a Pot Bonanza, and the people who got to eat it very lucky indeed!

Slow Food Kyustendil chapter leader Casey Angelova was my guest on the June 17th edition of Real Food Empire. Her interview wove an inspiring tapestry of the efforts to maintain cultural traditions in the region. http://www.blogtalkradio.com/real-food-empire/2013/06/18/biodiversity-in-the-balkans These are pictures she took at the event. Her description of the food tastings brought out a very jealous streak in me, I must admit. 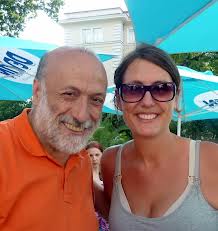 You can follow Angelova on her blog, website and her TED talk on the changing picture of agriculture in Bulgaria.

I will be posting more on a project called ESSEDRA, a joint project between Slow Food International and the European Commission. Defined below, ESSEDRA now has a project for the Balkans and Turkey. The community is well connected now, and supporting one another as friends and allies. 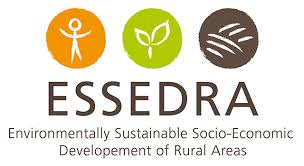 This inspiring project is a collaboration between eight countries of the region – Albania, Bosnia-Hercegovina, Bulgaria, Croatia, the Republic of Macedonia, Romania, Serbia, and Turkey. They are joining forces to protect the rich biodiversity and cultural heritage that spans this geography.

Food is used in sacraments in all faith traditions, I think because there is an awareness of the divine in every morsel. In the case of Biodiversity and Slow Food in the Balkans, food is creating bonds of peace and cooperation where no other forum could before. Divine intervention? Well, if you could taste what the region offers, you just might become a true believer that this cuisine actually does comes from the Gods.  I am excited to hear about the upcoming developments. Stay tuned!

Posted by Stephanie Georgieff at 8:47 PM